Paula Even Trenda, the owner of Curly Girlz Candy, began experimenting in high school with making holiday candies. It wasn’t until after her marriage in 2003, however, that she enrolled in the online Ecolechocolate school out of British Columbia, Canada.

Over the years, Paula began making candies as gifts for friends. Then soon after, she was selling boxes, gifts and trays of candies and treats to anyone who knew of her talents. In the fall of 2011, she began selling her candies and chocolates online for the holidays. In August 2014, Paula resigned from her full-time employment and opened her first retail store in Medford, MN. 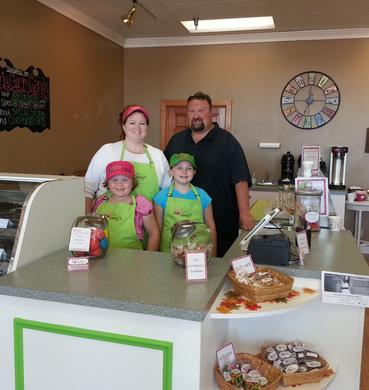 Paula named her business after the trait she and her daughters shared: curly hair!

Starting with fresh and local (when possible) ingredients, Curly Girlz Candies are 100% handmade. All of their caramels start with real heavy cream, butter and pure cane sugar.